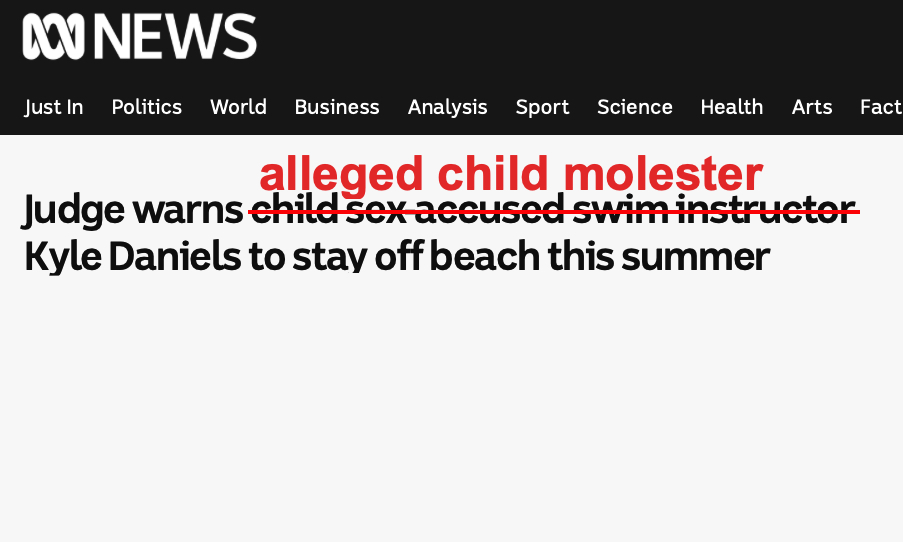 ABC News reported on the court’s refusal to ease bail conditions for a man accused of multiple counts of sexually abusing children. Once again, the term “child sex” is in the headline.

To be clear, this man has not been tried on these charges. He is entitled to the presumption of innocence and this commentary is not about his guilt or innocence, which can only be determined by the court. This is specifically and only about the way charges against men who are alleged to have offended against children are described by the media.

“Child sex” is not a thing. Children cannot have “sex”. Sex requires consent, children cannot legally or morally give consent so it is not “sex”. Rape, sexual abuse and sex are not the same thing and these words can not be used interchangeably in headlines.