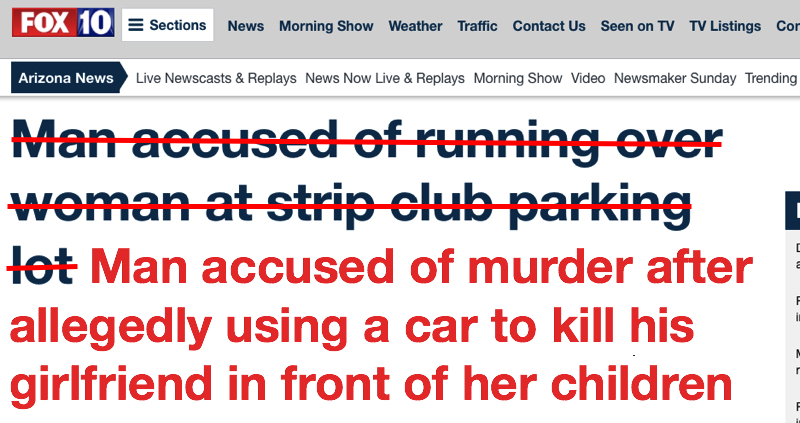 If you had to guess what this article is about from the Fox News headline you could easily think some guy ran over a random woman’s foot. And the mention of “strip club parking lot” adds a salacious element that could easily play into asking for trouble myths about women.

It’s nearly impossible to tell from this headline that a woman is dead and police allege her boyfriend knocked her down with his car and then killed her by drivng over her. Her two and three year old children were watching from a nearby car, which he also allegedly rammed.

The article itself is clear about the charge and police version of events. It also adds context by stating that 54 domestic violence murders have occurred in Phoenix this year, quotes police on how power and control is used by abusers, and includes information on the national domestic violence hotline.

The reporter did a good job. Whoever wrote the headline did them a disservice and a far greater one to the victim and her children.

previous
FixedIt: Love does not cause sexual assault
next
FixedIt: Police arrest an invisible being
Subscribe