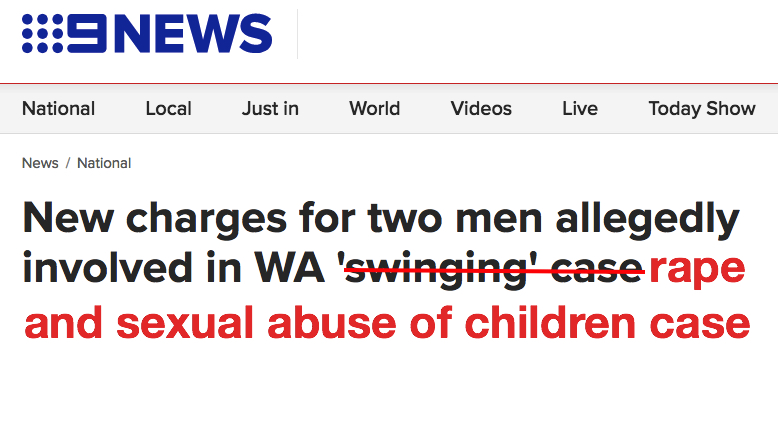 Channel 9 described the case against the two men as a “swinging case”.

Swinging is a consensual act between adults and there is no reason at all that loving responsible parents can’t participate in swinging.

This case is not about swinging. The charges against the adults relate to sexual abuse and exploitation of children. The children in this case are between 4 and 6 years old. A 14 year old girl is also one of the alleged victims. They were not and could not be involved in any swinging activity. If the charges against the adults are proven, these children were raped and exploited by adults who were responsible for their well-being. Describing the charges as a “swinging case” is misleading, inaccurate and dangerous.

It’s important to remember how much words matter, both to victims and to public understanding of the nature, cause and effect of sexually abusing children.

previous
FixedIt: Who sexually assaulted her?
next
FixedIt: Allegedly punching a woman in the head is not just a "legal issue"