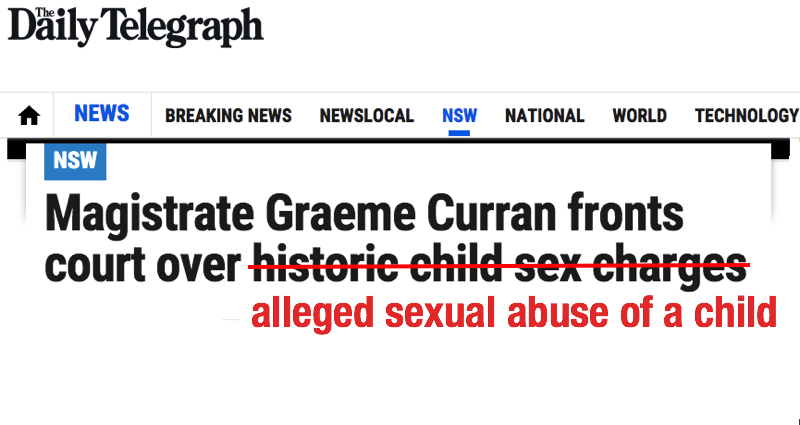 Curran has not yet been tried, so this is not about his guilt or innocence. That can only be determined by the court. But the way the charges against him are described does matter.

previous
Article: What White Ribbon could learn from a series of tweets by police in Scotland
next
FixedIt: sexually assaulting children is not sex