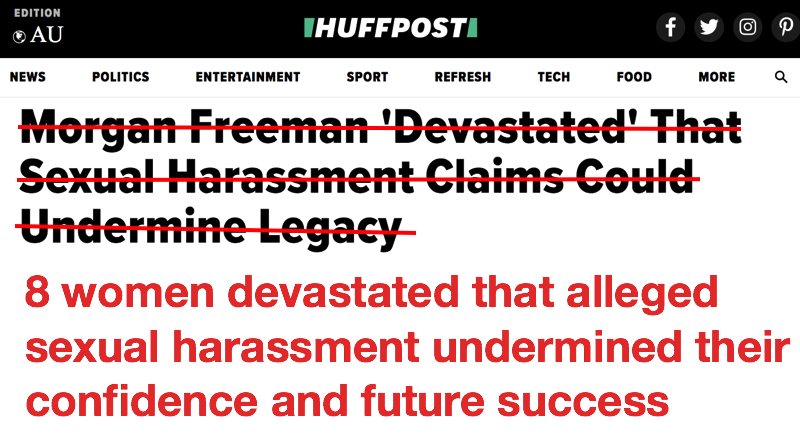 Huffington Post reported that Morgan Freeman has released a statement defending himself from the allegations of sexual assault and harassment made by eight different women, with corroboration from a further eight different witnesses.

If these allegations are true, the behaviour has not in any way impeded Freeman’s career or the level of professional respect he was given for decades. Almost all the women who allege he harassed them to the point of feeling afraid of going to work said they were too scared to report him. They believed it would be their jobs at risk, not his, if they reported him for groping, grabbing and trying to lift skirts against their will.

To quote the initial report from CNN:

“The pattern of behavior described by those who spoke with CNN shows another example of the systematic problems that exist in the entertainment industry. The allegations against Freeman are not about things that happened in private; they are about things that allegedly happened in public, in front of witnesses — even in front of cameras. Before #MeToo, many men in the industry could behave without fear of consequences, because many times when a powerful man did so, it was the victim who suffered repercussions.”

The allegations need to be tested and proven, but given the extensive investigation, multiple allegations and long list of witnesses, they can be taken very seriously. In which case Freeman does not get to plead that he is the victim and have that reported unquestioningly across the world.