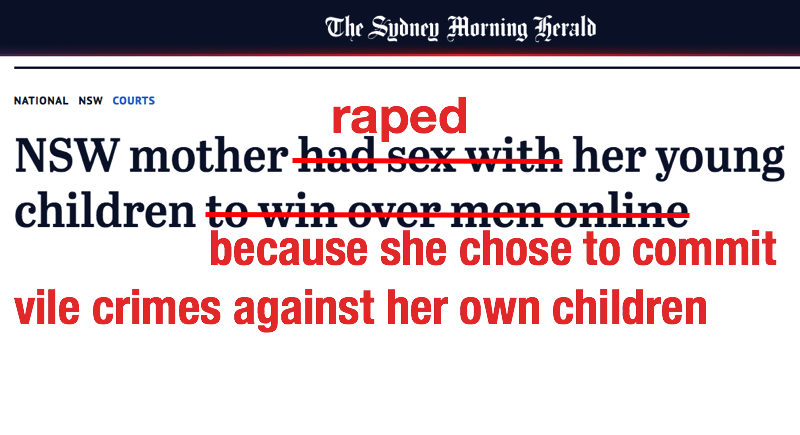 The Sydney Morning Herald reported that a woman was sentenced to at least 17 years in prison for multiple charges relating to the rape, sexual abuse and production of child exploitation material against her own children.

Despite what this headline says, the woman did not “have sex with her young children” she raped them and there is no excuse for child abuse. Violence is always a choice.

previous
FixedIt: Children can't have "sex" and who is this headline about?
next
FixedIt: He's not accused of raping a car
Subscribe