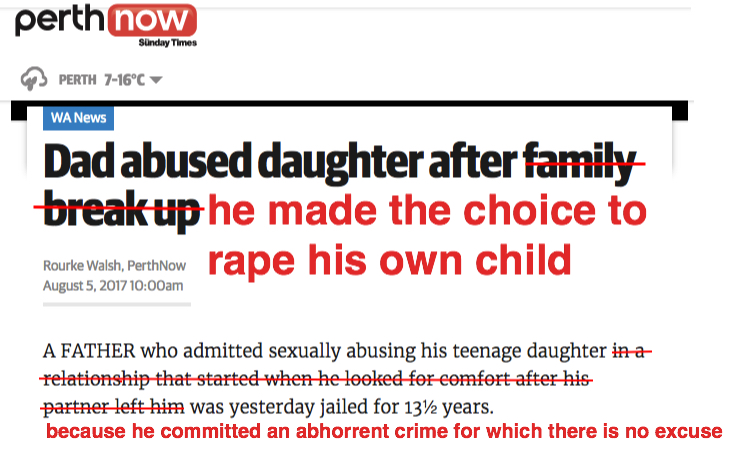 PerthNow in a perfect demonstration of how NOT to report rape, sexual abuse, incest and creating child pornography.

Millions of people break up with their partners and do not choose to rape their children for “comfort”.

Break ups, loneliness, and a need for comfort do not cause rape.

Only one thing causes rape and that is the decision to rape someone.

Rape is not sex. Incest, sexual abuse, exploitation and creating child pornography is not a “sexual relationship”