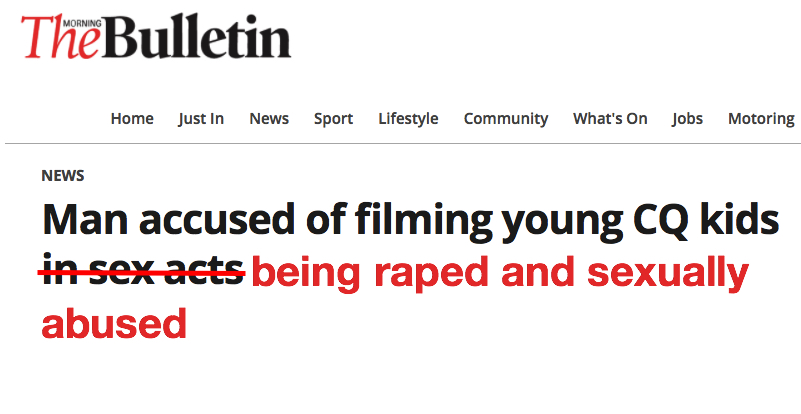 The Morning Bulletin reported on a man held on over 200 charges of rape, making child pornography and possessing child exploitation material, many of those charges related to children under 12.

previous
FixedIt: Woman allegedly sexually assaulted by a man not a train station
next
Article: All women are disadvantaged by the idea of 'successful ageing'