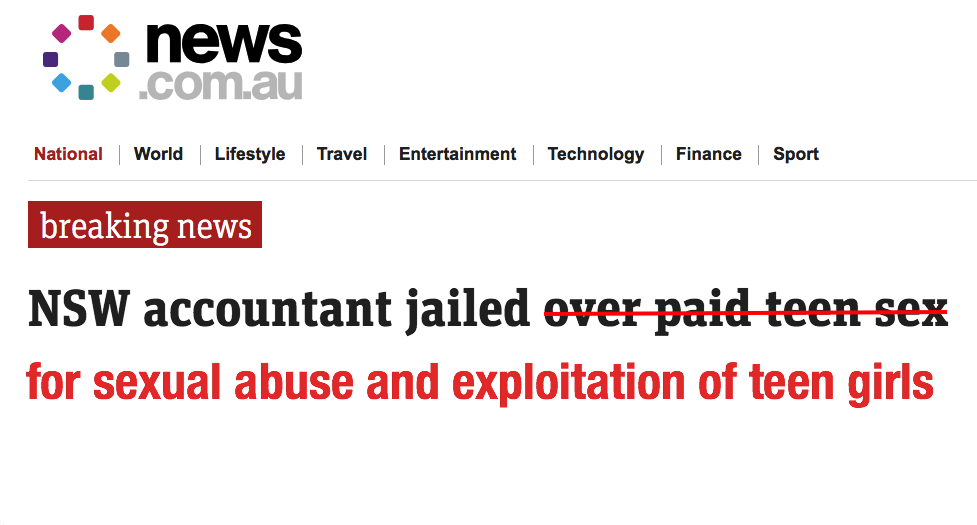 News.com.au, among others, republished an AAP story about Rino Raymond Mura’s conviction on three counts of “being a client of a child prostitute” and two counts of possessing child abuse material.

This is not “teen sex”. The only time that term might possibly be accurate is if it is used in the context of teenagers having consensual sex with each other.

Mura is 58 years old. He was not having “sex” with underage teenage girls. He was paying to exploit, rape and abuse them. The charges related to two girls under 17 years of age. Those girls cannot give legal consent to “sex” with Mura so it’s not sex. If there is no consent it’s rape, abuse and/or exploitation. In this case it appears to be all three.