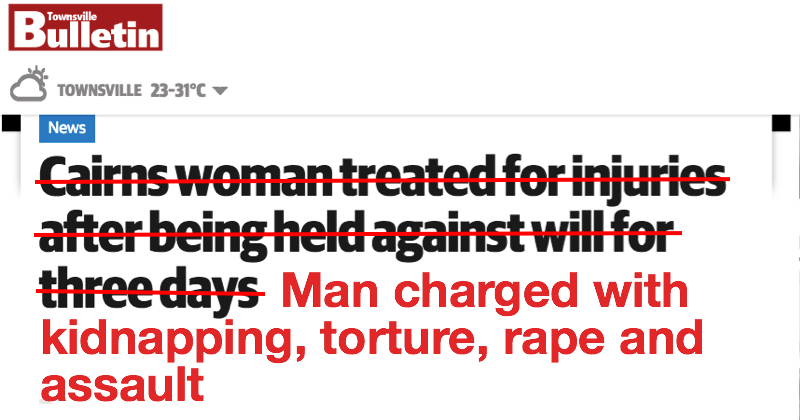 The Townsville Bulletin reported on a man charged with torture, rape and assault after allegedly holding a woman against her will for three days.

Police raided the residence last Friday, before charging the 26-year-old with torture, possession of drug utensils and two counts each of rape, assault occasioning bodily harm and common assault.

It is alleged he knew the victim and held her against her will between October 9 and October 12.

Despite the horrific nature of the charges, the man accused of these crimes is erased from the headlines, he simply doesn’t exist. The victim of the crime is the subject of the sentence.