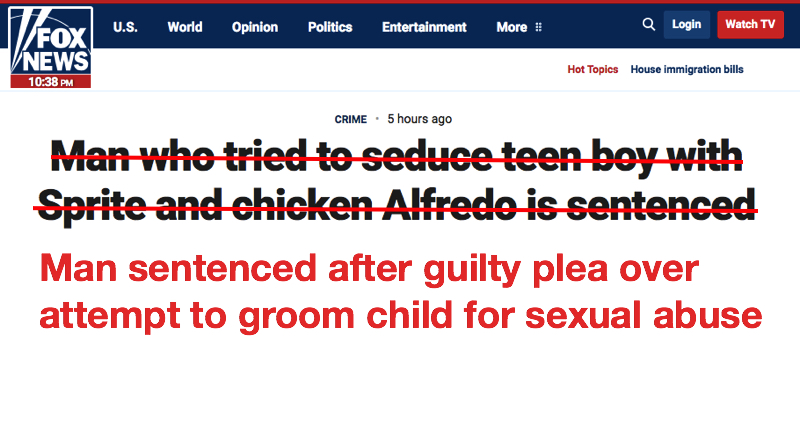 Fox News reported that a man was sentenced to seven days jail and 120 days on house arrest after pleading guilty to importuning, disseminating matter harmful to juveniles and possessing criminal tools.

Albert Maruna, 23, turned himself into police after he discovered the 15 year old boy he thought he was communicating with online turned out to be an undercover police officer.

It’s lucky Maruna wasn’t actually talking to a young boy but it was his intention. Adults attempting to groom children for sexual abuse is not seduction. Seduction is an attempt to persuade someone to have sex, children cannot have sex so it’s not seduction, it’s grooming.

previous
FixedIt: Why was he in court?
next
FixedIt: Who assaulted her?
Subscribe