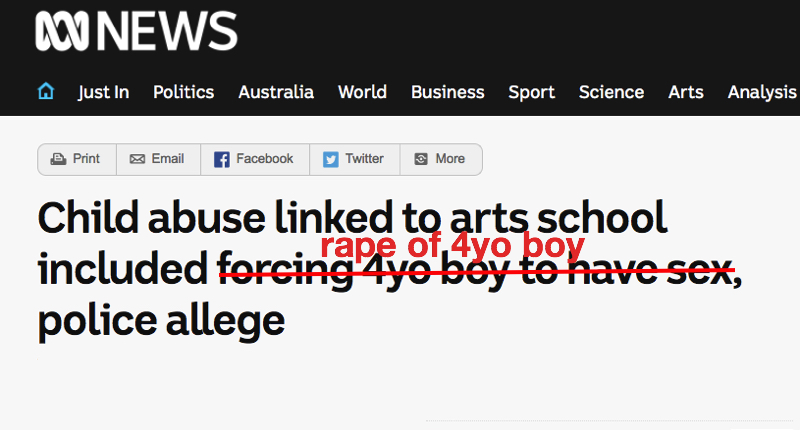 The story itself is beyond horrific. Seven adults (4 women, 2 men and a 17 year old girl) have been charged over the alleged rape and sexual abuse of three little boys. The details are graphic and devastating, too much even for this site, which deals with abhorrent crimes every day.

But the details are not necessary to understand that the alleged abuse of those little boys had nothing to do with “sex”. The youngest victim was four years old. He cannot have sex and describing what was done to him in those terms is revolting.

But somehow, this is how ABC News chose to report it.

To be clear, the case has not yet been heard by the court, therefore this commentary is nothing to do with the accused’s guilt or innocence, it is entirely about the way the charges against them are described in the media.

previous
Article: Feminist activism and social media - the medium is not the message
next
FixedIt: She wasn't stabbed by a location, she was stabbed by a man