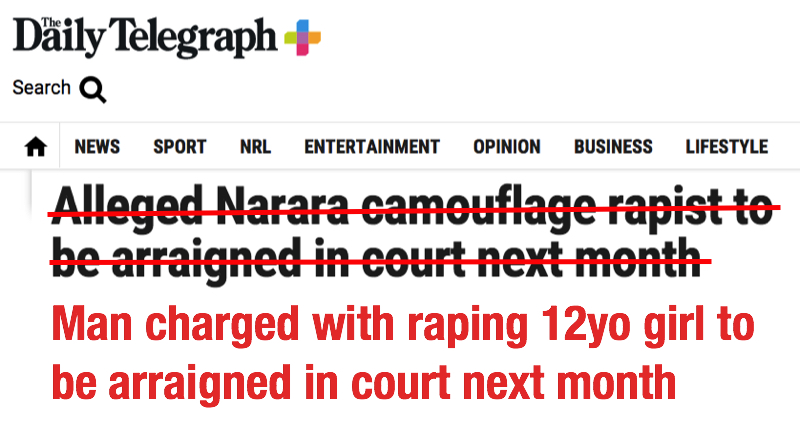 The Daily Telegraph reported that the 32 year old man charged with kidnapping and raping a 12 year old girl and exposing himself multiple times to another girl, 11 years old.

The court must determine his guilt or innocence, this commentary is only about the way the charges against him are described in the media.

The media has a long history of sensationalising crime, particularly sexual crimes. A recent review of research on media reporting of violence against women found sensationalist reporting of sexual crimes was common. When white men are charged with sexual violence against women or children they don’t know (and therefore cannot be vilified by race) they are turned into monsters. They are clearly segregated from “normal” men and “stranger danger” myths are significantly over inflated to again make clear that men who commit these crimes are deviant monsters, not the bloke who lives next door or plays in your footy team on weekends.

Nicknames for rapists are a common means of dehumanising the victim, the perpetrator and the crime.

In this case the alleged victims are not even mentioned in the headline, they’re replaced by the name of a suburb and the style of clothing the accused man was wearing during the alleged rape. They’re children and should not be invisible in this process.

There is a reason headlines matter so much.