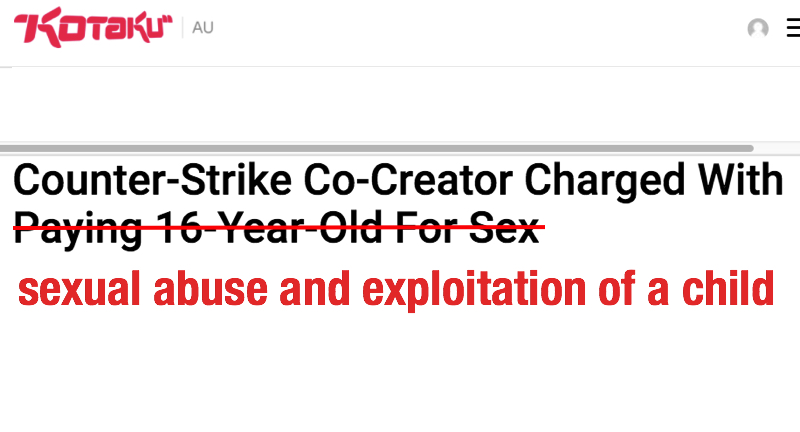 Kotaku reported that Counter-Strike co-creator Jess Cliffe, 36, has been charged with commercial sexual abuse of a minor.

Washington state law defines “commercial sexual abuse of a minor” as a crime of providing “anything of value” to a minor in exchange for sex, whether or not the minor consents.

AC told police that Cliffe wanted to record one of their sexual sessions, to which AC said she declined. Then, AC said, Cliffe recorded the encounter regardless. Says the police report: “Despite not wanting him to do so, AC refrained from saying anything else out of fear that she could be harmed or killed based on her small size and accounts of other people who had been violently assaulted during a prostitution date.”

This police report is not describing “sex” and he has not been charged with “sex”. Sex isn’t a crime.

To be clear, the case has not yet been heard by the court, therefore this commentary is nothing to do with the accused’s guilt or innocence, it is entirely about the way the charges against him are described in the media.