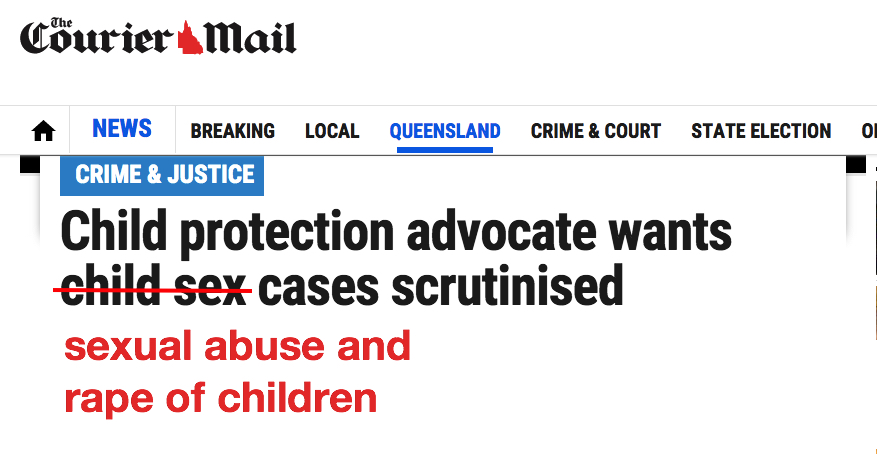 Ex magistrate William Randall was convicted last week for sexually abusing a boy over twelve years, starting when the boy was only five years old. Randall was sentenced to nine years in jail.

The Courier Mail reported that Hetty Johnson asked for a review of any cases he presided over that may have involved crimes against children and labelled it “child sex cases”.

Children cannot have sex with adults. Sex requires consent, children cannot legally or morally give consent so it is not sex. Rape and sex are not the same thing and they can not be used interchangeably in headlines.

previous
Article: Did you forget International Men's Day? Don't worry – the men's rights activists did too
next
FixedIt: Violent man is responsible for his own future