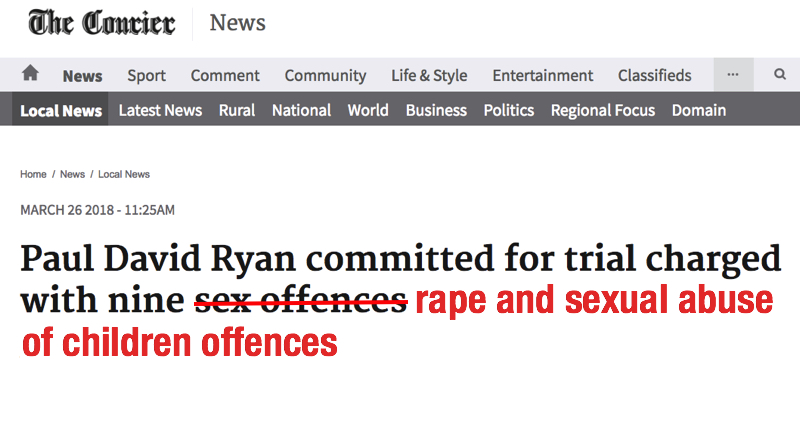 The Courier reported that former Ballarat priest Paul David Ryan has been charged with a one count each of attempted indecent assault and rape, two counts of sexual penetration and five indecent assaults allegedly committed in Warrnambool, Ararat and Lower Plenty in the early to mid 1980s.

previous
FixedIt: rural Victoria was not stabbed
next
FixedIt: Invisible assailant in Carlton