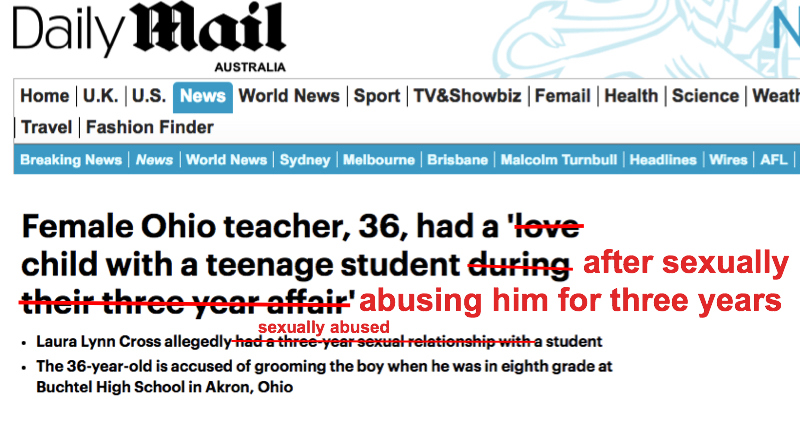 Ok, so it is the Daily Mail, but even so, what kind of person thinks years of sexual abuse can be described as “a sexual relationship”?

The child was 15 years old when it started, she was an adult, his teacher and in a parental role, it’s not “a sexual relationship” it’s rape, it’s child abuse, it’s sexual abuse, it is a crime and it must be described as what it is – abhorrent, abusive, traumatic and criminal.