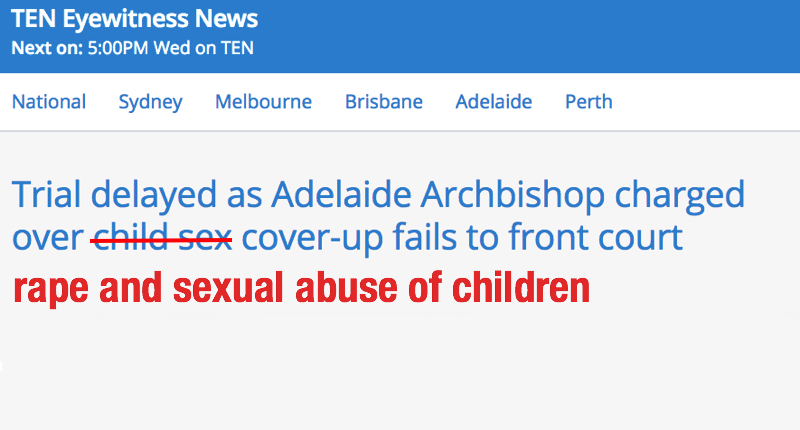 Channel Ten reported on a delay in the trial of Philip Wilson, Archbishop of Adelaide, who was charged with failing to report priests who were sexually abusing children.

Archbishop Wilson’s guilt or innocence will be determined by the court, but the priest he allegedly failed to report, James Fletcher, was convicted in 2004 on nine charges of assault and aggravated indecency. None of these charges involved “sex”, they were charges of sexual abuse. Sex and sexual abuse are not the same thing.

previous
FixedIt: Alleged child abuse is not sex
next
FixedIt: Man arrested over violent assault is the story