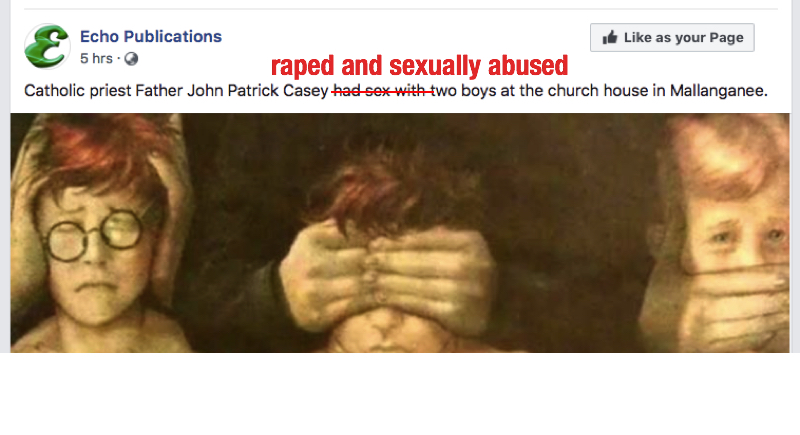 Echo posted a story about the conviction of another Catholic priest, John Patrick Casey, for raping and sexually abusing young boys.

In the lead on their Facebook post, Echo said Casey “had sex with two boys”. No he didn’t. He raped them.

previous
FixedIt: He's not accused of raping a car
next
FixedIt: Everything in this headline is just wrong
Subscribe