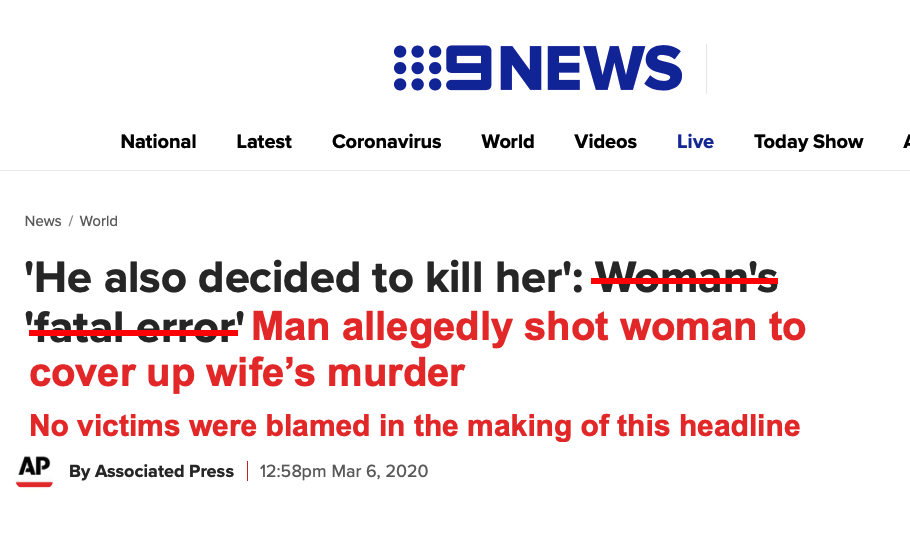 Channel 9 published an AP report of Robert Durst’s trial on the charge of murdering Susan Berman.

Los Angeles Deputy District Attorney John Lewin said in court that Susan Berman had told Durst she was going to talk to the police investigating his wife’s murder. Lewis claims this is when Durst decided to kill her.

“Decided to kill her.”

Susan Berman did not decide to be killed. She did not make a “fatal error “that caused her murder because a murdered woman does not cause her own murder.

A man’s choice to murder a woman is the only thing that causes men to murder women.

Stop it. Just stop it.

As always, when a trial is still ongoing the determination of guilty or not guilty can only be made by the court. This commentary is not about Durst’s guilt or innocence, it is only and specifically about the way the media reports on men’s violence against women.