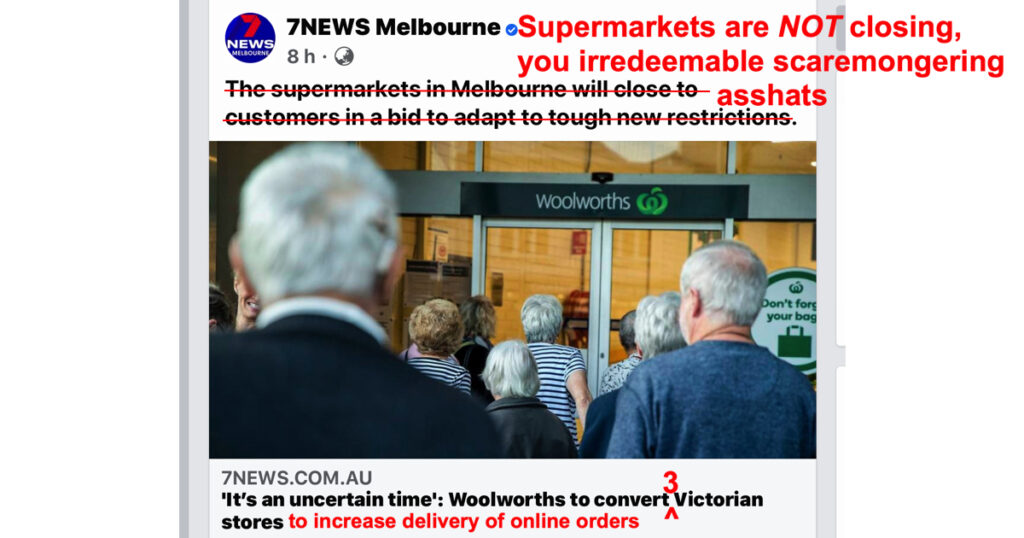 Channel 7 “News” ran an article about Woolworths deciding to temporarily convert three stores in Melbourne to filling online orders only. All three stores were chosen because there are other supermarkets in close proximity so the change won’t prevent anyone doing their shopping.

For reasons passing understanding, Channel 7 decided to run this story on Facebook under a strap saying supermarkets would close to customers.

Melbourne is a cold, scary, lonely place right now. Quarter of a million people are out of work and hundreds of new cases are diagnosed each day. The last thing we need is sensationalist hacks creating panic with a headline that says the exact opposite of what the story actually is.

I never get abusive in fixes. There’s too much trauma involved in most of the fixes I do and it’s actually really rare that I genuinely believe journalists intend to do harm. This one appears to be the exception.

previous
Extract: Why we shouldn't ask why she doesn't leave
next
FixedIt: Would she be a "wheelie bin" if she were white?