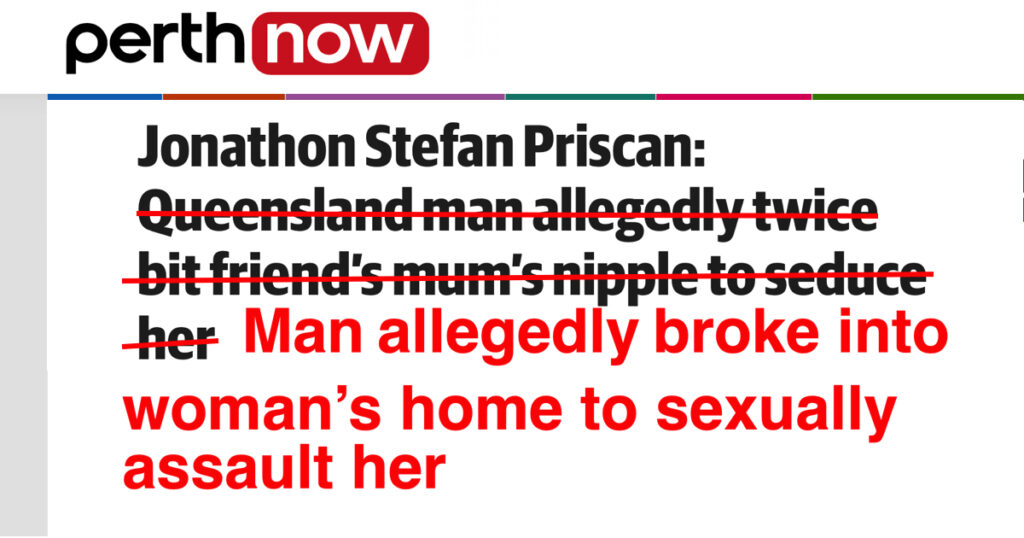 It’s been a while since I’ve seen a headline that actually made me gasp. But here it is.

What view of sexual assault do you need to have to call this an attempt to “seduce” a woman? How is allegedly entering someone’s home against their will, sitting on them, grabbing them and biting them while they try to escape a “seduction”? How can anyone think of it or write about it as anything other than a violent and terrifying assault?

There are times when I wonder whether FixedIt is almost done. There are much fewer egregious headlines about men’s violence against women now than when I started this project in 2014 and sometime I think maybe it is fixed now. Then this happens.

This in an inexcusable, ignorant, inaccurate, unethical, and stupid headline. Whoever wrote it should be deeply ashamed.

previous
FixedIt: Murdering and raping women is not going "rogue"
next
FixedIt: He didn't rape Tinder and his appeal was rejected