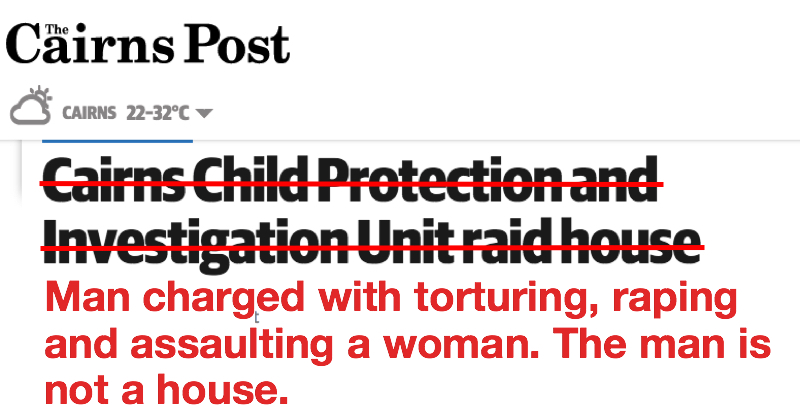 Not the first fix on a story about the horrific attack (see yesterday’s post about the invisible assailant) but it seems that the Cairns Post wanted to go one further than erasing the alleged perpetrator from the headline, they replaced him with a house.

Not content with that baffling piece of “journalism”, they then proceeded to remove both the victim and the crime from the headline. Admittedly it doesn’t leave them much to work with, which explains the lack of anything resembling information in the headline, but why go to such lengths to hide the story? Why is the truth of men’s violence against women so threatening that all hints of it have to be removed?