This commentary is not about his guilt or innocence, which can only be determined by a court. This is about how the charges against him are (or are not) described.

This is one of the many ways in which men’s violence against women is minimised in the media. They usually fit into one of three categories: invisible perpetrators, invisible victims or blameable victims.

In this case the alleged victim is invisible. She’s not mentioned in the headline. Her very existence was erased and replaced with the location of the alleged crime.

If you haven’t watch Jackson Katz’ TED talk on violence against women I highly recommend it. He’s talking about the general conversation about men’s violence but he perfectly demonstrates the problem with the way the media reports this stuff. I’m slightly paraphrasing his examples here, but the principle is unchanged. 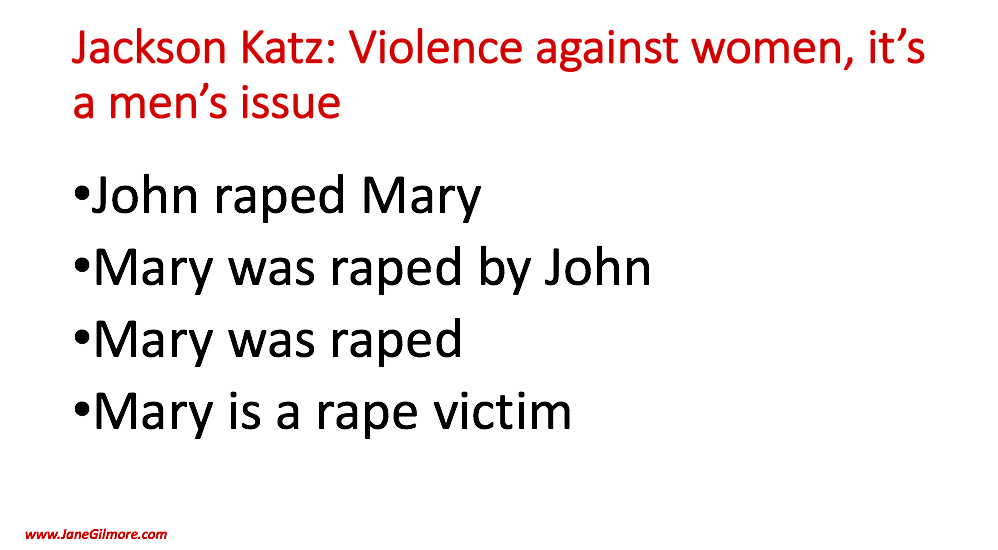 It’s not the third one, that only tells half the story. It tells us about Mary but nothing about John. John was the one who committed the crime. The story is about the acts he chose to commit and the affect it had on Mary. If John isn’t in the headline it’s only telling half the story.

This is the basis for most of the work I do on FixedIt.

FixedIt: The bathroom was not tortured

FixedIt: adult men are not victims of teenage girls

FixedIt: Alleged victim is a person not an app