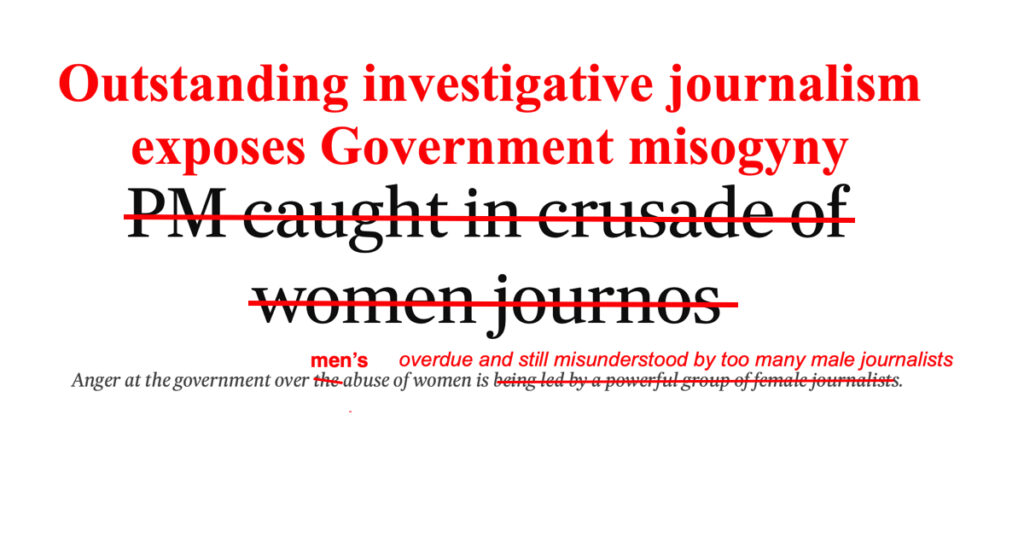 The Australian Financial Review, in an inexplicable editorial decision, published a hit piece on Samantha Maiden today. It was their response to Maiden’s incisive investigative journalism, which exposed entrenched misogyny in government offices.

The so-called article described Maiden as “spiky” “difficult” and “challenging” because how else do you describe a professional women who is outstandingly good at her job? The alleged journalist dug into Maiden’s personal and professional past in a pathetic and failed attempt to discredit her.  He also sneered at other journalists, such as Laura Tingle, Louise Milligan Katharine Murphy, Amy Remeikis, Lisa Wilkinson, and Jessica Irvine because of their “angry coverage that often strayed into unapologetic activism”.

Women who report on men’s violence against women are, apparently, activists with an agenda. Straight white cis men who use personal attacks to demean women’s work are, of course, totally logical and objective. This is bullshit. It does not diminish Sam Maiden or any of the other journalists it mentions, rather, it proves their point.

I haven’t linked to the piece because it’s not only revolting, I think it’s unethical. Sam Maiden’s exceptional work speaks for itself. I will not share a puerile attempt, rooted in petulant misogyny, to erase the horrific treatment of women she helped expose.

previous
Women and a lifetime of men's violence
next
Fixed It: A woman is not a toilet