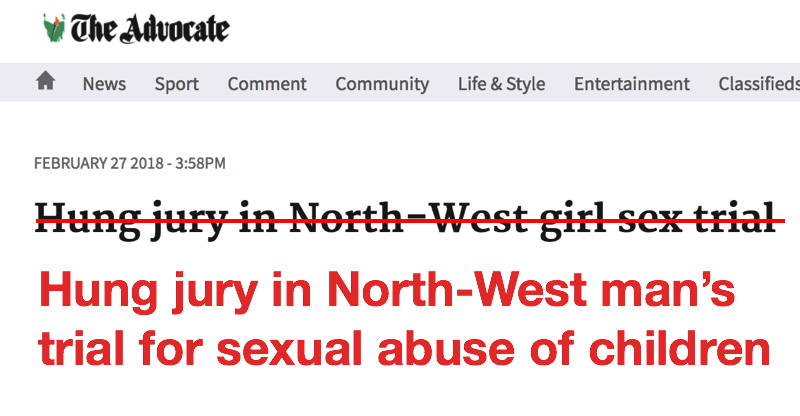 The Advocate reported that a jury was unable to reach a verdict in the trial of a man charged with a number of offences relating to sexual abuse of two underage girls, both of whom were related to him.

There may be another trial and it will, again, be up to the court to decide his guilt or innocence. This commentary is not about whether he committed the crimes it’s about how the trial was reported in The Advocate.

The man on trial was invisible in the headline. If anything, it reads as if a girl was on trial for sex. The girls in this case claim they are victims of sexual abuse by an adult male relative. They were not on trial.

The accusations made against the man were about sexual abuse, not “sex”. No one can be charged with having sex. Sex only occurs when the people involved can and do consent to everything that happens. When allegations are made about non-consensual contact it’s rape, child abuse or sexual assault.