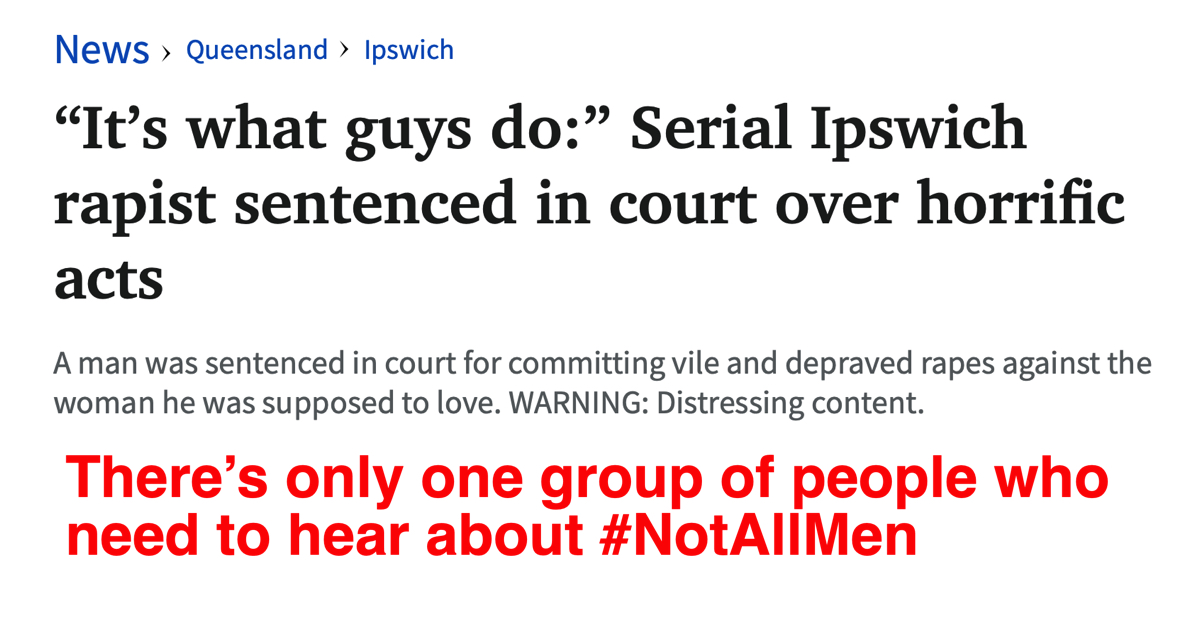 This isn’t a fix, just a comment. The headline isn’t great, but at least it identifies the crime and the criminal. The quote is from a conversation the rapist had with his then partner about the rapes.

In all the years I’ve been hearing #NotAllMen, there’s only one group of people I’ve ever known who genuinely believe all men are rapists or all men are violent. It’s not women, feminists, or victims. It’s men who use rape and violence as weapons against women.

They are the only ones who really do believe all men are violent. They cling to that belief to normalise what they do. And because they keep their violence controlled and secret, they find it easy to believe that all other men do the same.

This is why sexist “jokes” and rape tropes in “entertainment” media are so dangerous. They reinforce rapists’ belief that all men are like them. They hear those “jokes” as a tacit confession by the “joker” that he too is a rapist.

Nothing a woman can say will change the mind of a man who thinks all men are violent. In his mind, she doesn’t understand what men are really like, so everything she says just proves women are the problem. The only people who can tell him his choices are not ok are other men.

Something to think about if you’re a man and you laugh or stay silent when you hear those “jokes”: there’s probably a man who rapes or abuses women listening to you, and he thinks you’re just like him.

Links to the report and other sources are in the OP on my Patreon patreon.com/JaneGilmore