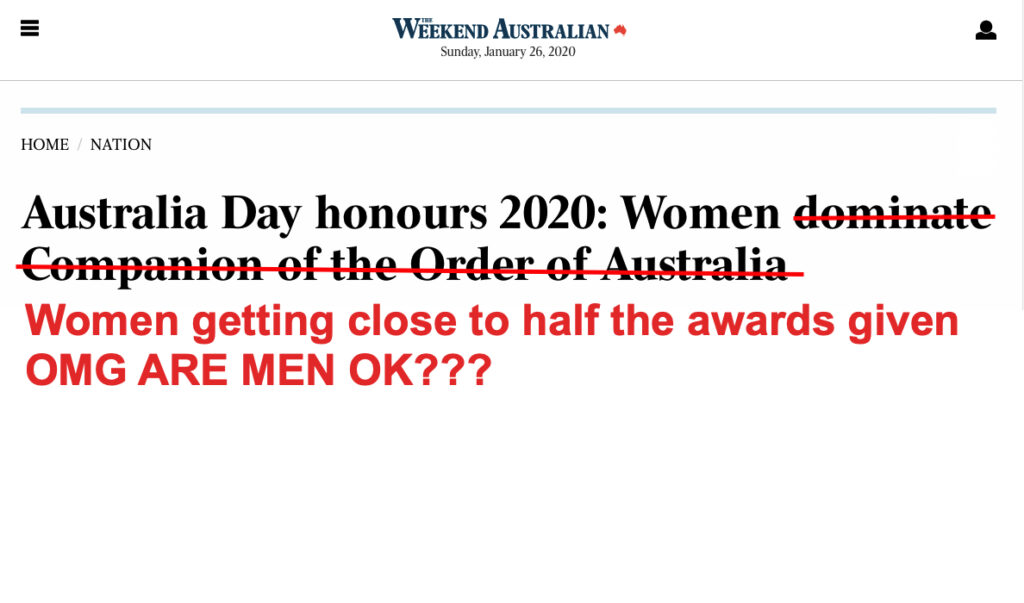 I think men are probably ok but I’m not sure if The Australian is.

The Australian reported on the Australia Day (aka Invasion Day) awards under the headline “Women dominate Companion of the Order of Australia”.

Shockingly, this is a little misleading. There were over 1,000 people given awards in 2020. Only 45 percent of them were women, which I’m pretty sure is not dominating the list unless you think less than half is too many places given to not-men people.

This headline isn’t talking about all the awards though, it’s specifically about the Companion of the Order of Australia awards. There were FIVE of these awards given this year, three of whom (60 percent) were women. So apparently if there is one women more than there are men, we are “dominating”? How very terrifying this must be for The Australian

In more shocking news, it’s worth noting that 62.6 percent of the total awards in 2019 were given to men and The Australian did not sook about men dominating anything.

Yes, there are other concerns with these awards. I’ll get to that in the next post.