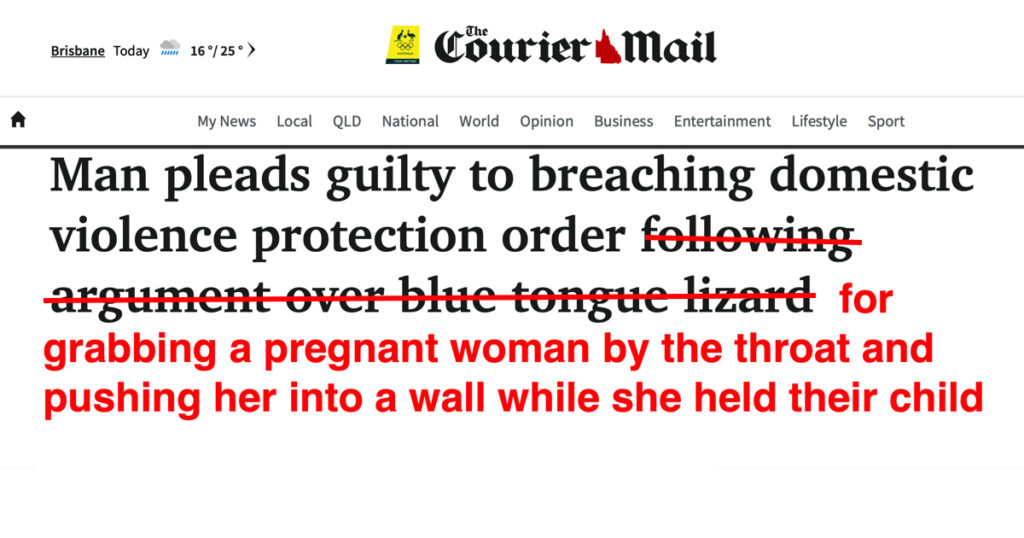 The Courier Mail reported that a QLD man pleaded guilty to breaching a domestic violence protection order after he grabbed a heavily pregnant woman by the throat, pushed her into a wall and pushed her again while she was holding their toddler. The child was injured when she stumbled because he pushed her.

The article reports the woman told police she wanted to leave the house, but she was afraid of the man who stood between her and the door.

This could never be considered reasonable reporting, but just over a week after Kelly Wilkinson was allegedly burned to death by her ex-partner (despite repeated reports to police), erasing violent breaches of domestic violence orders is particularly egregious.

previous
Fixed It: A woman is not a toilet
next
Fixed It: This was not a magical courtroom turnaround