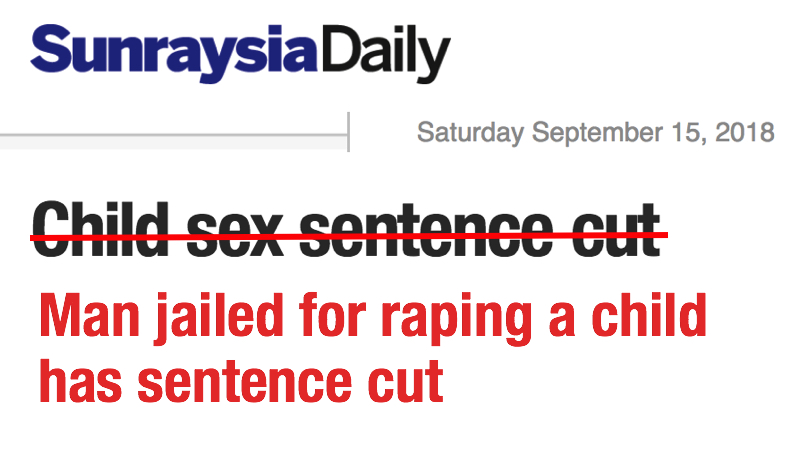 The Sunraysia Daily reported that a man jailed for raping a then 13 year old girl has had his sentence (but not parole period) cut on appeal.

Not that you could tell from the headline.

Invisible perpetrators and the inaccurate and dangerous phrase “child sex” are both common themes in FixedIt, but this is one of the most blatant combinations of those two things I’ve seen for a while.

previous
FixedIt: she is not to blame for his choice to stalk, intimidate and threaten
next
FixedIt: An adult cannot have "sex" with young children
Subscribe