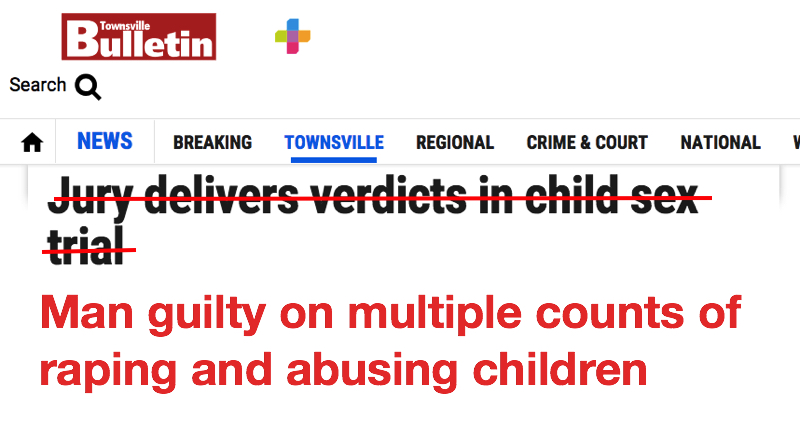 The Bulletin reported that Zaine Steven McNeish was found guilty of 21 offences of sexual abuse of children, including rape, and procuring a child to commit an indecent act.

McNeish was charged with 30 sexual offences concerning three sisters, all aged under 12 at the time of the alleged offending. The jury has yet to reach a verdict on the remaining nine charges.

Despite the fact that he was found guilty of more than 20 offences McNeish was erased from the headline and his crimes were described as “child sex”.