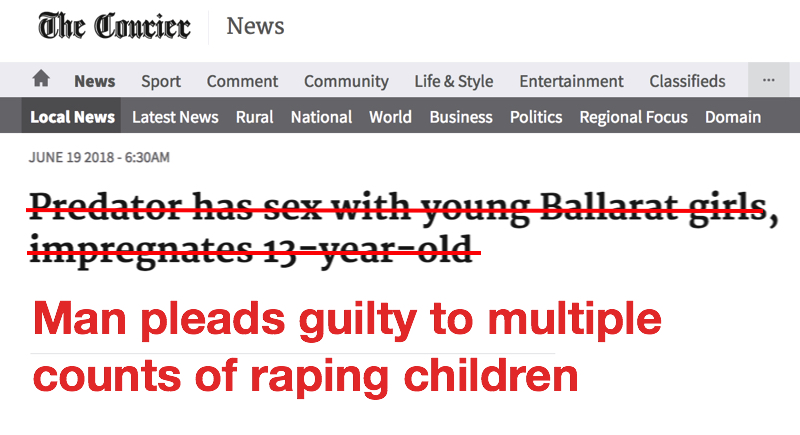 The Ballarat Courier reported on a 19 year old man who pleaded guilty to multiple offences related to sexual abuse and rape of children.

One of his victims was only 13 years old, another was 14. These girls are children. They cannot legally give consent so anything that happened between them and an adult man is not “sex” it is sexual abuse or rape.