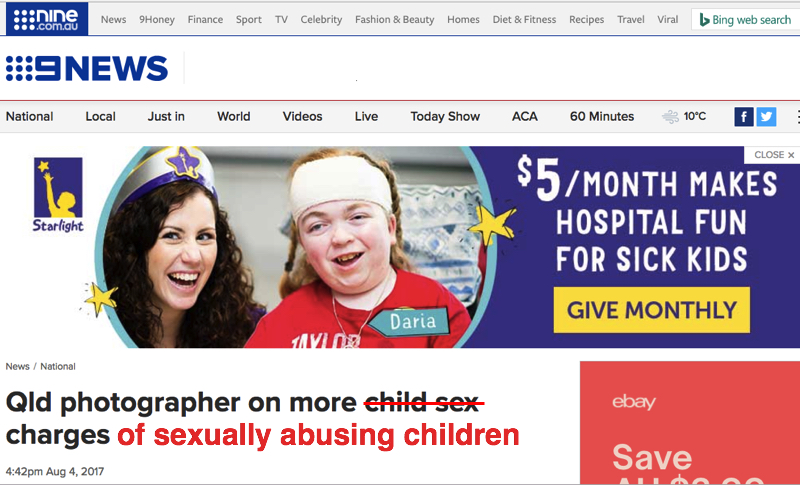 Another day another headline, this one from Channel 9. And the ad placement? That wasn’t avoidable?

Also, to be clear, the accused in this case has not yet been to court, we’re not talking about his guilt or innocence, we’re talking about how the charges against him are described.

However, here are the reasons this matters, in every case, with every headline.

previous
FixedIt: invisible assaults and blameable victims
next
FixedIt: break ups do not cause rape, incest or sexual abuse of children
Subscribe