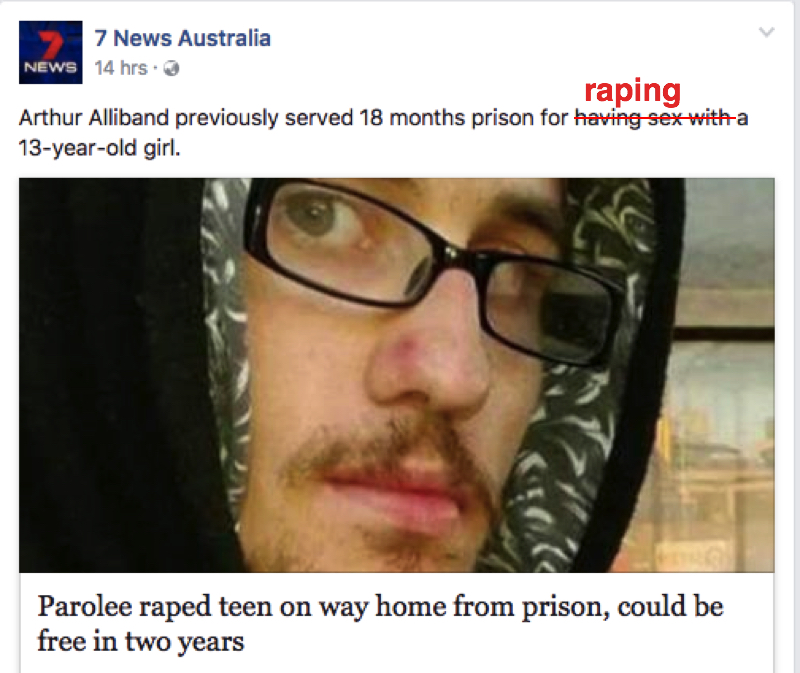 Channel 7 again, both on their Facebook post and in the article, describe rape of a 13 year old child as “sex”.

The victim impact statements from child abuse trials are harrowing, a testament to the lifelong injuriessuffered by people who were sexually abused as children. They are the litany of drug addition, alcohol dependence, gambling problems, depression, crippling anxiety, relationship breakdowns, suicidal thoughts, shame, self-hatred, mistrust of others and long term emotional damage so common in survivors of child sexual abuse. Children who have been abused are also significantly more likely to suffer further abuse, both as children and as adults.

previous
FixedIt: rape, sexual abuse and exploitation of children is not sex
next
FixedIt: Invisible killers and alcohol as a weapon