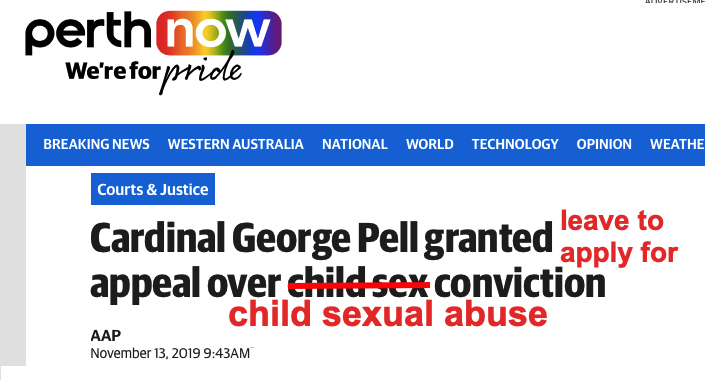 Cardinal George Pell has won the right to ask leave of the High Court to hear his appeal against his conviction for  five charges of sexual abuse of two young boys. He was not convicted of having sex – something that can only occur where there is consent – he was convicted of sexually abusing two children.

Given that the appeal process is still ongoing, this commentary is not about his guilt or innocence, it is specifically and only about the way the convictions are described by the media.

I am also aware, as I have written before, that many people find the reporting of Pell’s ongoing legal battles against his conviction deeply traumatising. If this is happening to you please reach out to someone and ask for help, you are not alone and do not have to cope alone.