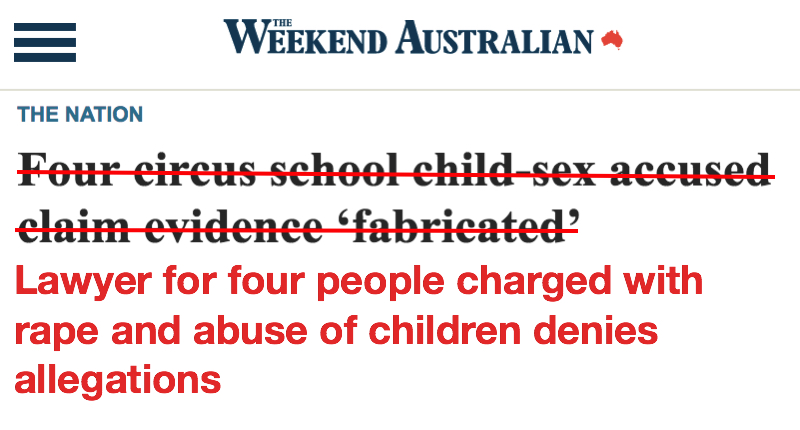 The Australian reported on the bail hearing for four of the seven people charged with a total of 127 offences relating to alleged rape, kidnapping, assault and abuse of three little boys at a circus training school in the Blue Mountains.

Unsurprisingly, given they are pleading not guilty, lawyers for the four people denied the accusations and claimed evidence reported in the media does not exist. These claims have yet to be tested in court.

The Australian chose to call the alleged rape of the little boys “child sex”.

To be clear, the case has not yet been heard by the court, therefore this commentary is nothing to do with the accused’s guilt or innocence, it is entirely about the way the charges against them are described in the media.

previous
FixedIt: It's not "child sex" it's "child rape"
next
No fix required: The Daily Telegraph gets it right