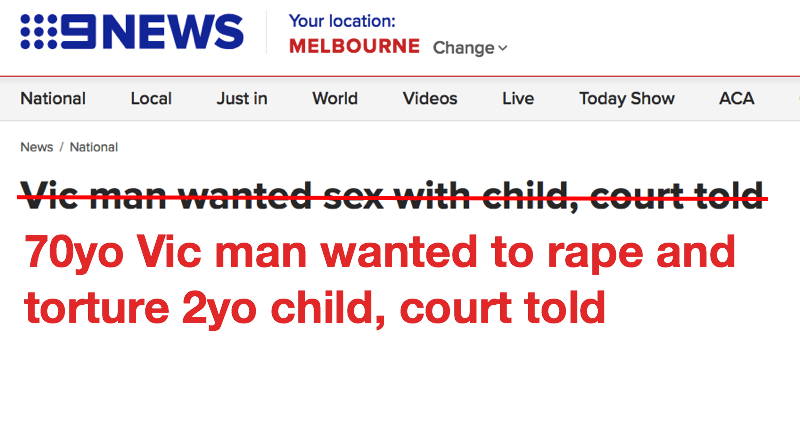 Channel 9 News reported Kangaroo Flat man Howard John Hawke has pleaded guilty to some of the several charges against him that relate to allegations of attempting to procure a 2 year old girl for rape and torture. The headline describes this as wanting “sex with a child”.

The remaining charges will be determined by the court, this commentary is not about his guilt or innocence, it is about how the charges against him are described in the media.

previous
FixedIt: he didn't murder her because of an affair
next
FixedIt: Another woman who was NOT sexually assaulted by a park