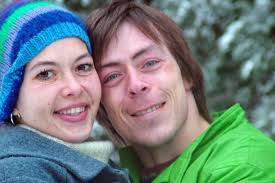 In July 2013 Tracy Connelly was murdered in the van that was her only home. One year later St Kilda Gatehouse held a memorial for her and the 66 other women killed in that year. I was asked to speak in memory of all 67 women.

Thank you all so much for coming tonight, thank you for joining us to remember Tracy Connelly who died here a year ago, and to remember 67 women killed by violence since that night.

The team at Destroy the Joint have been keeping track of all the women who’ve been killed, that’s how we know there’s 67 of them.

Well, we know there was at least 67. But there were probably more.

It’s so terrible, the grief and fear can be so overwhelming sometimes, it’s hard to find any hope, or a belief that things can change.

Because we must have that. We must believe that the people in our community can be safe, that there is something we can do to change the things when they are not safe.

In June last year Lieutenant General David Morrison made a speech about sexual assault in the armed forces. There was no messing about, no political waffle in what he said; it was straight down the line. He told them: you stop this or you get out of my army.

It was inspirational speech, and that idea of what we walk past and what we refuse to walk past is the powerful, but it’s not always easy to live up to.

What do you become if you refuse to ever walk past the standard you can’t accept?

Do you become a stereotype, like the old joke: How many feminists does it take to change a light bulb? That’s not funny!

Do you become that?

Do you become the person who can’t be invited to some social situations because you’ll embarrass the blokes who like to make jokes about “sluts”?

Do you become the fun police at work? The one who won’t ever let the lads just have a bit of fun?

Do you risk your job? Do you report the guy who can fire you for the way he treats the young and vulnerable people at work?

Do you become the pariah who loses your faith, your family, your community and your church when you expose institutionalised abuse?

What do you become to the friend who keeps turning up trying to hide bruises and not wanting to look at you because she knows you know how she’s getting those bruises, but won’t talk to you because she still needs to believe that she’s not being abused?

What do you become when you smile and shake her husband’s hand?

Do you become the one in danger yourself when you step in to a threat to someone else rather than walk away from it?

What about when you hear the screaming and crashing from your neighbour’s house again? Is calling the police interfering? Is it going to be dangerous for you? What if she’s too scared to tell the police the truth? What do you become if you keep calling them and she keeps telling them that nothing is going on? What if you are wrong and they’re loud but happy arguers?

And there are so many people who will tell you that even if you do become that person who never walks past, you won’t change anything.

It’s none of your business.

Refusing to walk past the standards you won’t accept is difficult and scary, sometimes it’s too scary. I know that. I’ve stayed silent too many times when I shouldn’t have.

But then I found out what it’s like to speak up and watch it have an effect.

When Tracy’s death was first reported in the media, every news site in the country ran an article under the headline “ST KILDA PROSTITUTE KILLED”.

At first it was just a couple of us in the public space, just one or two voices saying, no, you can’t dismiss her like that. No, you will not write about her as if her life didn’t matter and her death wasn’t relevant. She wasn’t just a “St Kilda Prostitute”, she was a woman, she was a person and what happened to her was inexcusably, horrifically tragic, it was wrong and if you’re going to write about her at all you write that.

In just a few hours, those one or two people became dozens, then hundreds. Within days it was thousands. What started as just a few voices became a chorus that, quite literally, echoed all around the world. And we told the media, unequivocally that they cannot write about victims of crime, any victims of crime, like that. Not ever. Because if they do they will be shamed for it. Every time.

Because that is one thing we become when we speak out – we don’t become the only voice, we become the first voice. And we open a door that lots and lots of other people want to walk through.

Change is made up of lots and lots of tiny little steps. Change has never happened quickly or easily or because of just one person. It happens slowly, in bits and pieces, and it grows over time as more and more people understand what is needed and what can be done.

Every time we refuse to walk past a standard we won’t accept, every time we help another person understand what those standards are, we become a tiny step toward change.

I know what we become then. We become part of the problem. In our silence is acquiescence. Behind every joke, every sneer, every bruise, every time a victim is blamed, every assault, every rape, every murder, is the idea that the person being attacked somehow deserves it. That their attacker’s rage, or need, or fear, mean they are entitled to dehumanise their victim. That it’s ok because they’re not real, not an actual person.

Every standard we walk past tells them they are right to think that.

Every time we refuse to walk past the standards we don’t accept, we challenge those beliefs, and when all of us do it together we become part of the overall change that makes our community that little bit safer.

Tracy, I am so sorry we couldn’t make you safe. The 67 women who have died in the last year, I am so sorry that we couldn’t make you safe either. But for all the people, men women and children, who could be the victims of violence in the future, we can do something, even if it’s only the smallest thing, but we can do something to make your world safer.

Where we can, we will not walk past you. When we do have to walk past, we’ll know, we’ll remember, we’ll forgive ourselves, but we’ll do better next time.

Finally, I would like to take a moment to remember each of the 67 women that Destroy the Joint have counted so far. Because they are not just a statistic, they’re not anonymous and they are not forgotten.

The rest of the women we cannot name for legal or cultural reasons.

Vale all of you. You will not be forgotten.