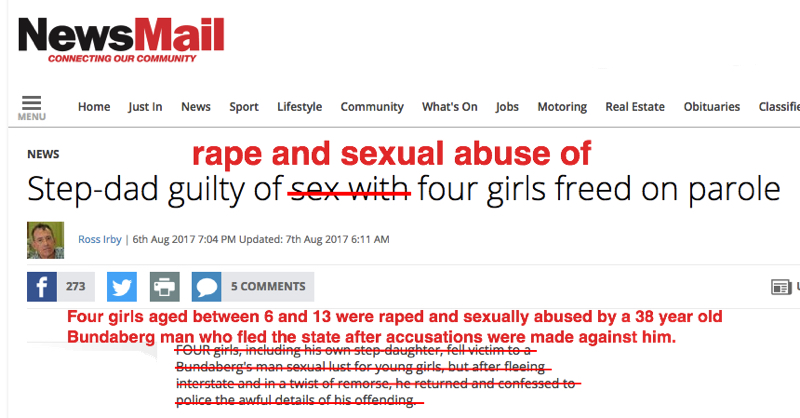 I’m trying to work out why this is so difficult to understand, and I’m coming up blank.

News Mail’s report on the confession of a child rapist is incomprehensible.

It is not “sexual activity” it’s rape, it’s child abuse, it’s sexual abuse, it is a crime and it must be described for what it is – abhorrent, abusive, traumatic and criminal.

previous
FixedIt: break ups do not cause rape, incest or sexual abuse of children
next
FixedIt: Imprisoning a man for domestic violence is not interfering in a relationship
Subscribe