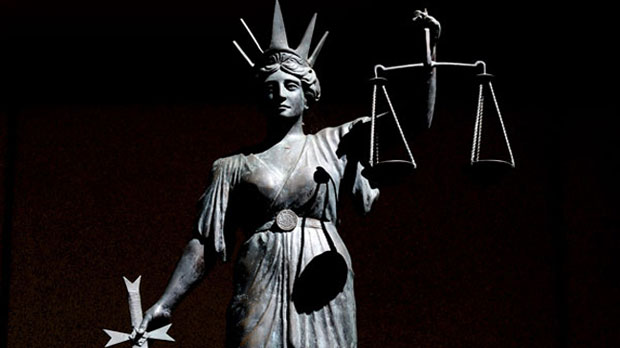 Yesterday The Age reported on a Melbourne law firm being sued for sexual harassment, after a senior lawyer “allegedly sent a female colleague photos of his erect penis and continuously bombarded her with unwelcome, sexually explicit text messages”.

The Age quoted some of the texts he allegedly sent:

“I want to fuck you madly”

“Why are you fucking ignoring me? I’m your boss. Show some respect”

“I fucking hate it when I walk straight past your screen. Forget the fact I’m attracted to you – I’m your fucking boss and pay your wage.”

Josh Borstein of Maurice Blackburn is representing the woman in her claim.

Bornstein spoke to me yesterday:

“The company referred to what they claim was her past sexual history in defence of the harassment”, he said.

It’s difficult to be believe this is really happening in 2016. Traducing a woman’s sexual history to defend sexual aggression? Because a woman who has a sexual history has given up any right to refuse consent? It’s stupefying. And this is not the end of it.

“We believe there are other women who have been subjected to this behaviour at the company,” Bornstein said.

There’s much more information yet to be revealed about this case, but even the initial details are disturbing, to say the least.

The Age reported that “the firm maintains the text-message relationship was inappropriate but consensual”.

Consensual? Consensual? “I’m your fucking boss and pay your wage.” In what possible way could this be consensual? The alleged offender is a senior member of the firm, the victim was a junior in both age and position. It takes a fairly profound misunderstanding of consent to believe anything in the reported interactions shows the woman consented.

It appears that he took any response, no matter how small or non-committal, as encouragement, and if she didn’t respond, she claims he became quite aggressive.

Almost every aspect of this case, if proved, defies belief, but his utter disregard for the nature of his actions is particularly noticeable. Often sexual harassment cases can become a he said/she said issue, where a court needs to weigh two versions of a story and try to establish which version is more likely to be true. In this case, allegedly there are photos of his erect penis and follow up aggression sent by text message, and are therefore available as evidence. He’s a lawyer. How did he not know that not only were his alleged actions wrong, but that he was providing ongoing evidence of that wrongdoing?

This is a particularly egregious, but by no means isolated, case of alleged sexual harassment. In recent months we’ve seen reports of system sexual harassment in political parties, Department of Defence, Victoria Police, the medical profession. It would be naïve to assume this kind of behaviour wouldn’t be replicated across many other industries.

If the allegations in this case are proven, as in every other case of sexual harassment, it would start with a person, usually a man, in a position of power, using that power in an act of sexual aggression.

How does a man get to a point where he thinks he is entitled to demand not just a woman’s time and attention, but also rights to her body and to inflict upon her his delusion of her consent to her own harassment? What life experience leads him to think this is not just acceptable, but defensible?

How does any man come to the point where he believes he has the right to torment a woman who is trying to do her job and build her career? How do the people working around him, if they know, give tacit approval to such behaviour by not acting against him?

It’s unimaginable what it would be like to live through this kind of harassment. Having to summon the courage to walk in the door each morning, stay at your desk all day and be afraid of receiving more messages as you go home each night. It must take enormous courage for any woman to take a stand and make a formal legal complaint against her harraser, knowing that in all likelihood, even now, in 2016, the first form of defence will be an attack on the victim’s character or conduct.

The alleged offender was contacted for comment, no response was received by time of publication.

Note: This post was published as a personal blog post, it is not in any way connected with my role as the editor of Women’s Agenda. The post is not supported, endorsed, published or associated in any way with Women’s Agenda or Private Media.

previous
#FixedIt News.com and broken hearts don't cause homicide
next
My only regrets: Things to which I should have said fuck off, and didn’t